Next week belongs to Fashion Revolution, a movement started by a terrible disaster. In 2013 the Rana Plaza, a garment factory in Bangladesh collapsed.

As we face a global pandemic we have to remember the parts of the world that will suffer the must. People who are less privileged need our help. Here you can find easy ways to take action with the help of Fashion Revolution. One click can change a life, and every one of us has to power to do it.

24th of April, 7 years ago in a faraway land

Safety norms weren’t followed and workers were forced to work inside a building where they didn’t feel safe. Most of these workers were children and women, who suffered from sexual harassment and violence at work. Moreover, even though they worked long hours, they didn’t earn enough to make a living. A scenario that is unimaginable in the west.

It took less than a minute. 1134 people died, and more than 2000 were injured. These people were human beings just like you and me. They lived in fear in a world without justice.

After the Rana Plaza collapse a revolution began. Workers demanded better work conditions and the fast fashion industry was uncovered. Finally, the social impacts of sweatshops were a topic all around the world. Something had to change.

“We aren’t there yet, but the industry is beginning to acknowledge that the good business of the future requires systems that aren’t harmful to the environment, and which do not rely on human exploitation for financial growth.”

After 7 years, what has changed?

Right after the disaster, legally binding agreements were created. These agreements urged Western Fast Fashion brands to only work with factories that were safe for the workers.

The pressure from western buyers forced thousands of factory owners to make their factories safer. This meant investing in fire doors, sprinkler systems, electrical upgrades and stronger foundations, eliminating more than 97,000 identified safety hazards in facilities covered by the Accord.

However, outside the Accord and the Alliance agreements, there are over 1500 factories that aren’t under any special scrutiny.

Even though things were definitely looking better for garment workers, by 2018, with the end of both agreements and increased pressure of the Bangladesh Garment Manufacturers and Exporters Association (a private organization lobby that is linked to the government), the future is uncertain.

This Association created the Ready Made Garments Sustainability Council, supported by the Bangladesh Government, with the purpose of replacing both agreements.

It should be noted that the agreements were renewed until 2021, however, not all Western brands that signed the first time, have signed the 3 years renewal. The biggest problem with the new council is that brands and factory owners will no longer be legally obliged to make sure workers are safe. This will be a voluntary compliance.

Christie Miedema, a spokeswoman for the Clean Clothes Campaign stated,

“The Accord is and was successful because of its binding nature, enforceability, transparency, powerful complaint mechanism, its equal distribution of power between labor and brands, and the inspectorate’s independence.”

If working in inhuman conditions wasn’t tragic enough, remember that these workers aren’t even paid enough to make a living.
Bangladesh incredibly low minimum wage allowed Western brands to make incredibly high profits. In 2014 the minimum wage for garment workers rose to 65$ a month. However, inflation actually caused a 6.47percent drop in workers’ wages since 2013. According to Expatistan, a website that compares cities living costs, a 45m2 furnished studio in a normal area costs on average about 225$.

Seems like these numbers don’t add up. Which is why Union leaders argue that the minimum wage should be at least 3 times higher. According to an analysis by Sasja Beslik, head of the Sustainable Finance team at Nordea Wealth Management, this could be accomplished if brands like H&M increased their t-shirt prices by 12 to 25 cents.

Well, this is overwhelming and rises the question:

How can Western brands that make so much profit, refuse to make such small changes that would have such a beautiful impact in so many people’s lives?

“This is the contradiction at the heart of the contemporary apparel industry: The brands and retailers say they want to eliminate sweatshop conditions, but demand prices from their contractors that are so low that the only way they can stay in business is to keep abusing their workers.”

Carry Sommers from Fashion Revolution emphasizes that the improvements brought by fighting for transparency are undeniable. Sommers stated in 2018 that 1300 Bangladesh factories were inspected for safety and 800 of those were improved. However, she also stated that in the same year there were more than 300 accidents in factories and 426 workers die while making clothes.

In 2019 Accord’s report stated that

“Inspected factories improved at only a 2 percent rate, compared with 6 percent in 2018, 9 percent in 2017 and 22 percent in 2016. A total of 1,101 factories remain behind schedule in addressing safety hazards, with 45 percent still lacking adequate fire detection and alarm systems.”

As you can see is a slippery slope from here. Right now, the risk of losing all safety measures that were accomplished after the Rana Plaza disaster is very real.

One of the reasons being that fast fashion brands are trying to turn the focus from worker safety to sustainability. They market themselves as sustainable and show the statistics that relate to that.

This will give a twisted image of fast fashion to the public. It’s Greenwashing at its worse, and it is why even though a lot was accomplished, the fight for proper working conditions and truly sustainable practices is far from over.

It’s vital that we continue to demand our favourite brands to stop exploiting poorer countries, and our planet’s resources. Luckily there are many beautiful ethical and sustainable brands we can support.

Because of everything that has been happening this year Fashion Revolution will be celebrated online. Here you can find their events calendar and participate every day until the 26th. Together we can build a better world, where everyone is treated equally.

One day at a time we will get there. No matter how hard it seams, together, we can do this.

Have a beautiful day,

Here are our resources if you would like to read more about this: 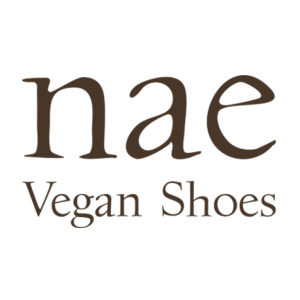 Find the 5 R’s of Sustainability

Vegan Choices of Noa from Style with a Smile

How to know if a brand is sustainable, vegan and ethical?